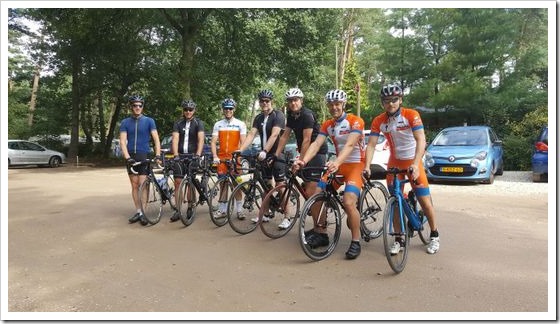 Great ride today around Ermelo with the men that participate on the Tour du AlS and climbed the Mont Ventoux in the last 3 years. Good speed, good legs and nice sprints to test the power. Rode the whole day not looking at my heart rate but only at cadence and speed, with the idea to see if by looking at it is making me save too much. It worked quite well as I pushed to my limits during the sprints and sticking to main bunch. Happy with that. 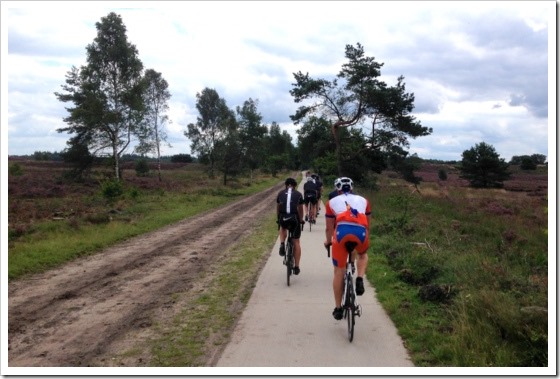 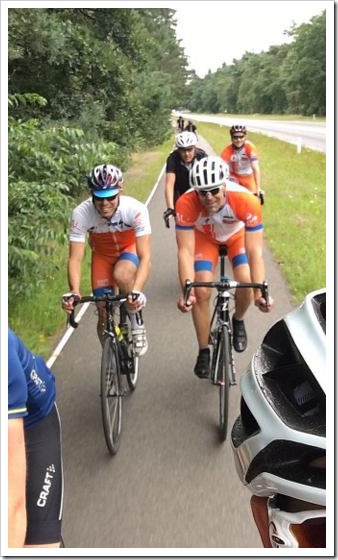 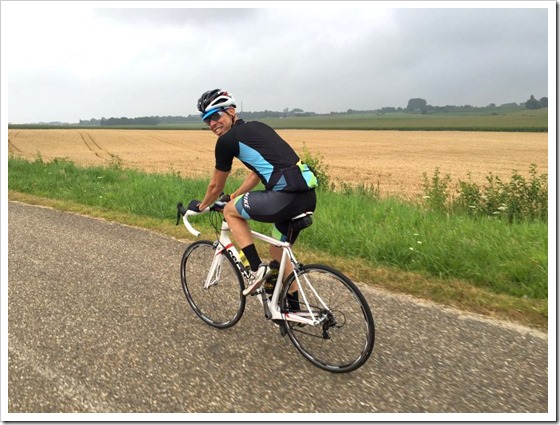 Second attempt today to do the Mergelland Route in Limburg. Another failure to follow the route. For one reason or another I never get this one right. This time the Ironman Limburg was happening in exactly good part of the same route we were try to follow. But overall it was a great 96kms ride with Stef and Tom (who took the above picture) and a good climbing training.

I’ve downloaded the route to my Garmin and today I have to say it worked perfect. I didn’t miss any turn and could follow the course perfectly. The only problem is that I’ve set the route in the “easy” direction (clockwise) and not on the way you get all the big climbs. In this way you get the climbs going downhill but the route is full of long false flats, which sucks energy.

We were just going thru the climbs nicely but at around 70 kms we all started feeling tired, what is unusual. Usually one or two are not feeling strong. But this time the legs were not there. Stef and Tom could still drop me on the climbs but they couldn’t do their normal push. At that point it started raining quite heavily, so we decided to stop at a little restaurant to get some coffee and a rice cake (with the vain hope to regain some energy) which are very good in Limburg.

When we finished, the rain has stopped and we continue. But just a little over 2 kilometers we were forced to stop as the road was blocked due to the bike leg of the Limburg Ironman. Tired and not being able to complete, we decided to call it a day and ride straight to the car. Good ride but clearly not my day. I need to focus on strength training… 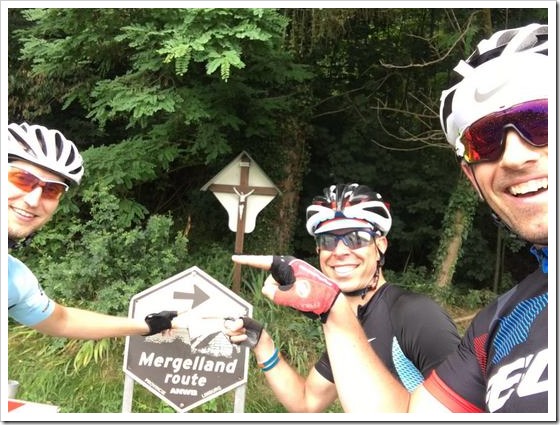 Clearly I was going the wrong way… 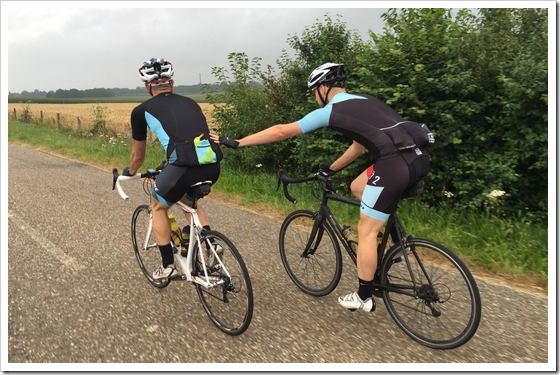 Some say Stef was pushing me uphill.
Some say he was trying to hang on my jersey for dear life. 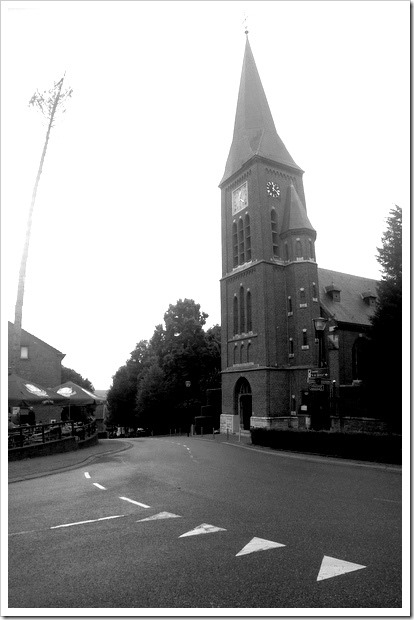 Coffee and rice cake in Mheer 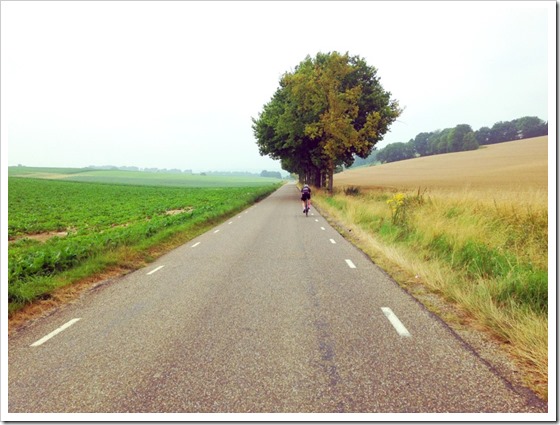 Tried today to enjoy the great weather doing a ride that I haven’t complete for a couple of years: the mergelland route in the south Limburg. It is a 130 kms ride that goes thru several of the famous climbs in the region. Unfortunately because they stop maintaining the boards that indicates direction and because the Garmin is very bad with navigation, Tom and I lost the route several times and decided to follow the more reliable Amstel Gold Race boards instead. A hard day in the saddle especially climbing the Keutenberg and Kruisweg, two very steep climb with 16% inclinations.

Also hard because Tom is much stronger than me and was dropping me every time. Which meant I had to push hard at the end of the climbs to catch up. Although he was slowing down for me, I didn’t want to let him wait too long and pushing whenever the gradients went below 6%, took some energy. I need to do more of this! 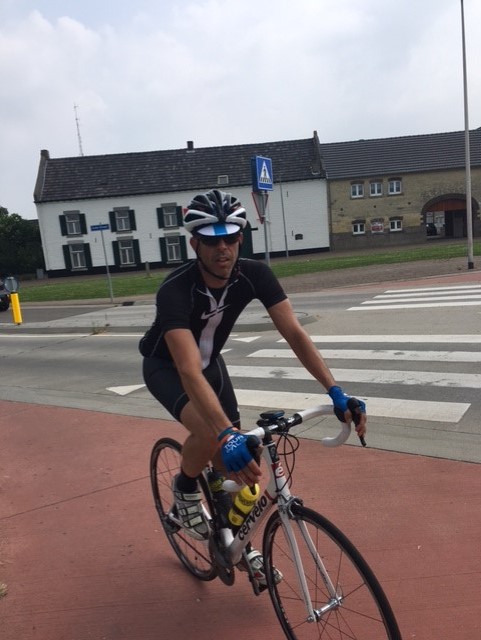 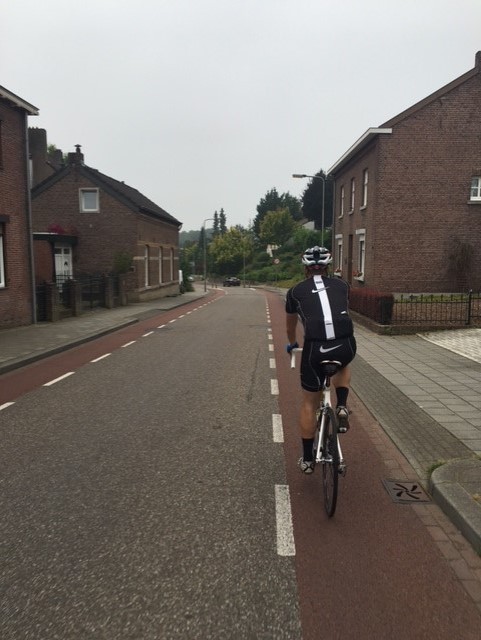 SHOULD BE WORKIN IN THE GARDEN 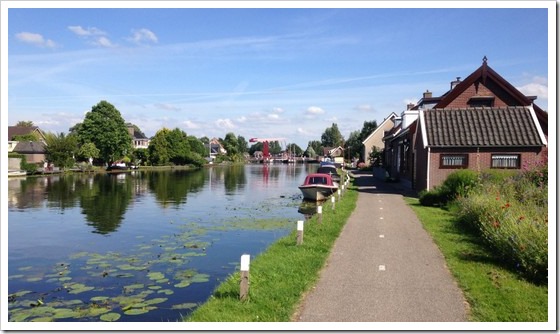 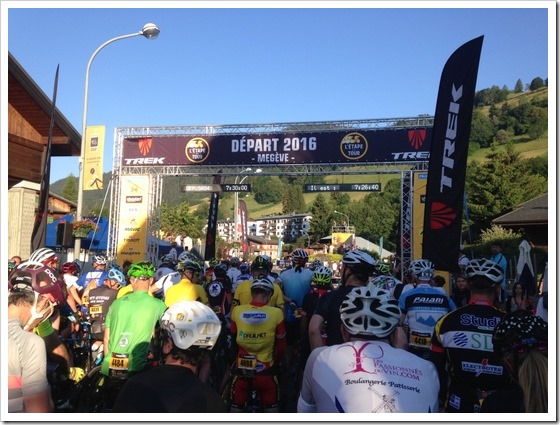 Another cycling season closed by the L’Etape du Tour ride. A great long weekend in the French Alpes closed by the most important event of the year for me. And it was again a very hot day in the French summer, with temperatures around 35 degrees, steep hills and hard climbs. The result for me was mixed feeling: I bit my expected target by 16 minutes, finishing in 5 hours and 44 minutes. But finished with the sensation I could’ve done better, could have pushed harder. As in my all of my good Etapes… 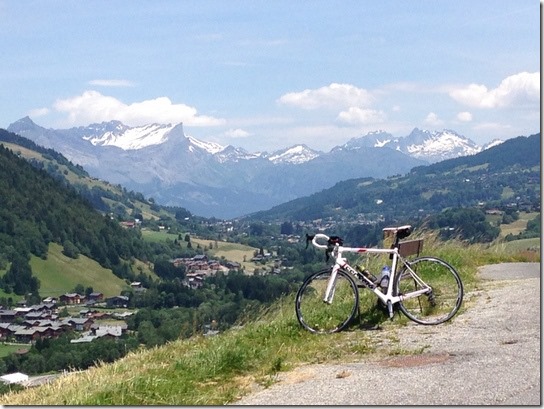 Second day in France. We rode 49 kms and climbed the Aravis again as I didnt want to go for the second choice in team ride which was 95 kms. The weather was a little cooler than yesterday and the body more used to the altitude.  I stick with Stef with a god rhythm and we did quite well. After a little break at the top we went down to the other side for 5 kms and went back up.  On the way a team mate had a flat tire and we stop to help. Took us some time and after that it was a great decent to the village.  Another great day and now it is a little trip to pick up the numbers and rest for the sunday race.
Check photos after the link. 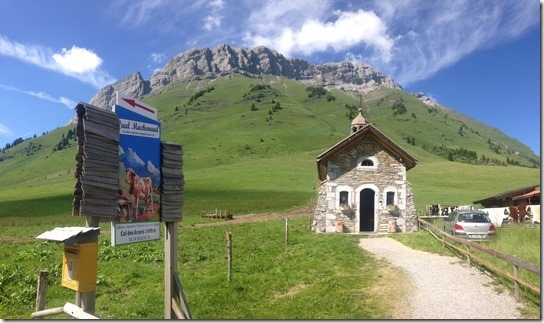 First day in France with a quick 40 K ride as training for the Etape du Tour and we rode the Col de Aravis, which is the first climb of the race. It is a hard climb. Harder than it looks in the profile. And it was very hot, close to 35 degrees. High heart rate but expected as the body needs to get used to the altitude. Check the photos below. 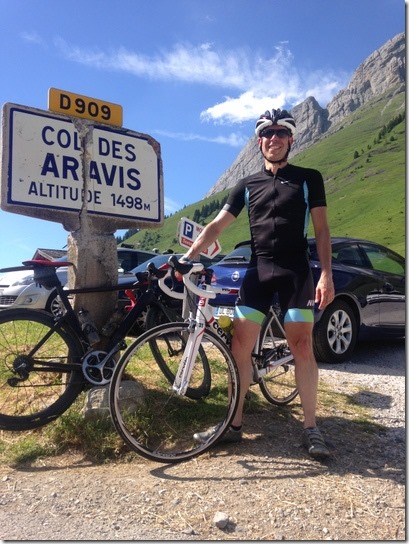 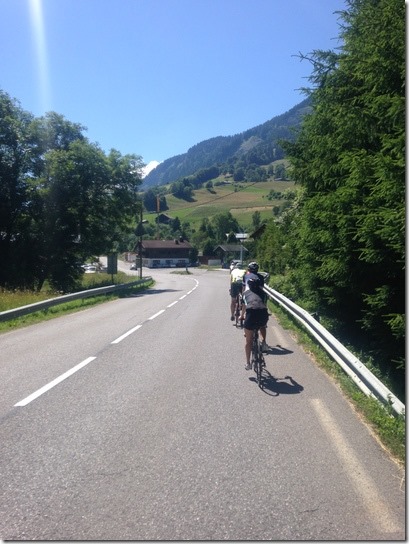 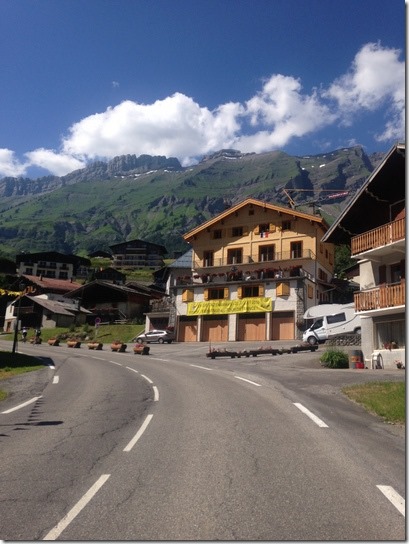 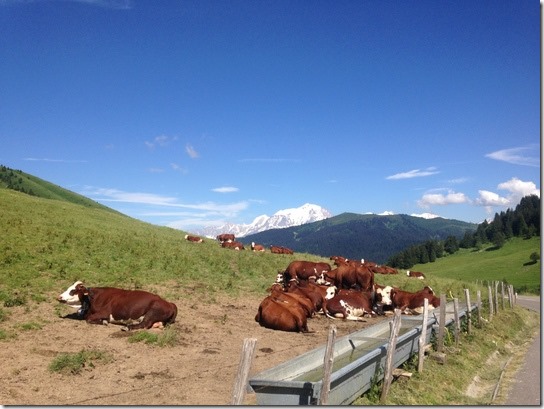 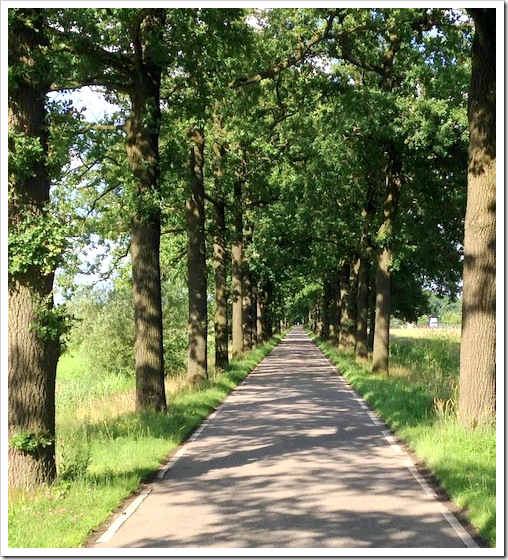 The sticker for the top tube to follow the Etape is ready.
Blue is water station and green is a food station. 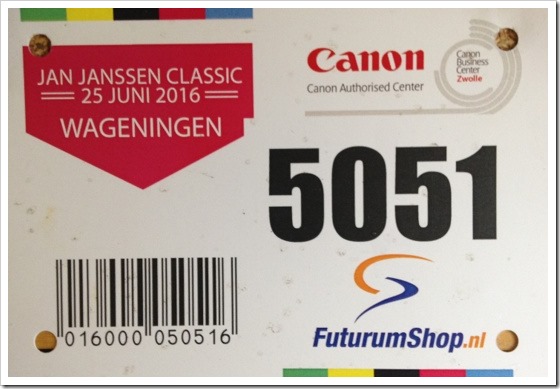 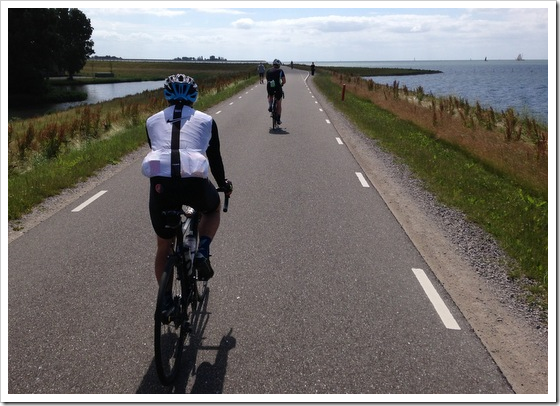 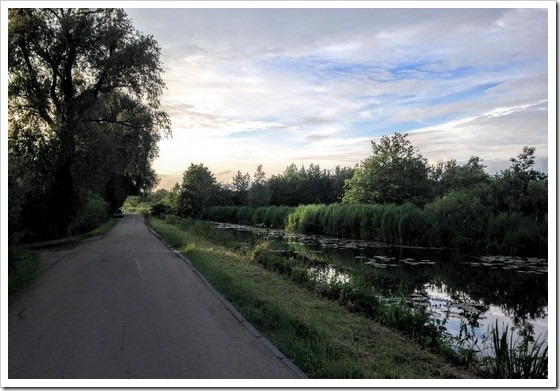 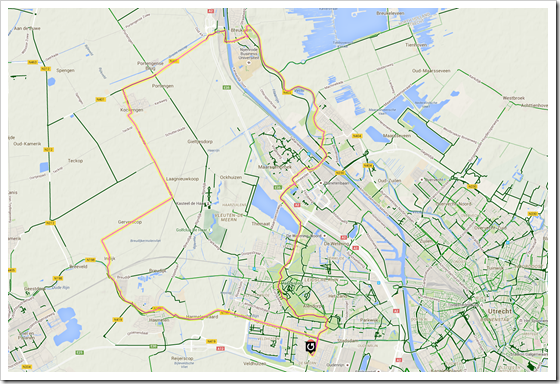 MOTHER NATURE IS A TIGER MOM 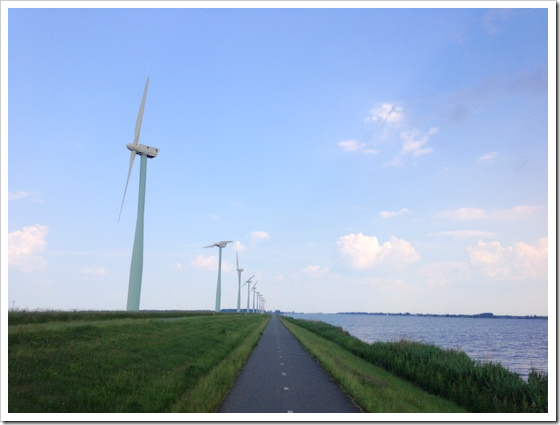